What does a back-end developer do?

💡 Great solutions start with great foundations! Building an app is like building a house and back-end development, in our opinion, is the cornerstone of all development.

Users are often familiar with the appearance and feel of web applications. But little is known about what goes on behind the scenes.

What's the first thing we see when we visit a website or use a mobile app? It could be the page's design, layout, or browsing experience. Whenever we click a button or download a file, you’ll find that the site displays the content almost instantly. To accomplish this, the front-end and back-end sides must work together flawlessly.

👉 The backstage area is what powers a website or app, providing functionality for users as they cruise around the site.

So if you're thinking about pursuing a career in back-end development, you've come to the right place! Let's have a look at what they do and how they keep web applications alive and well. 🤝 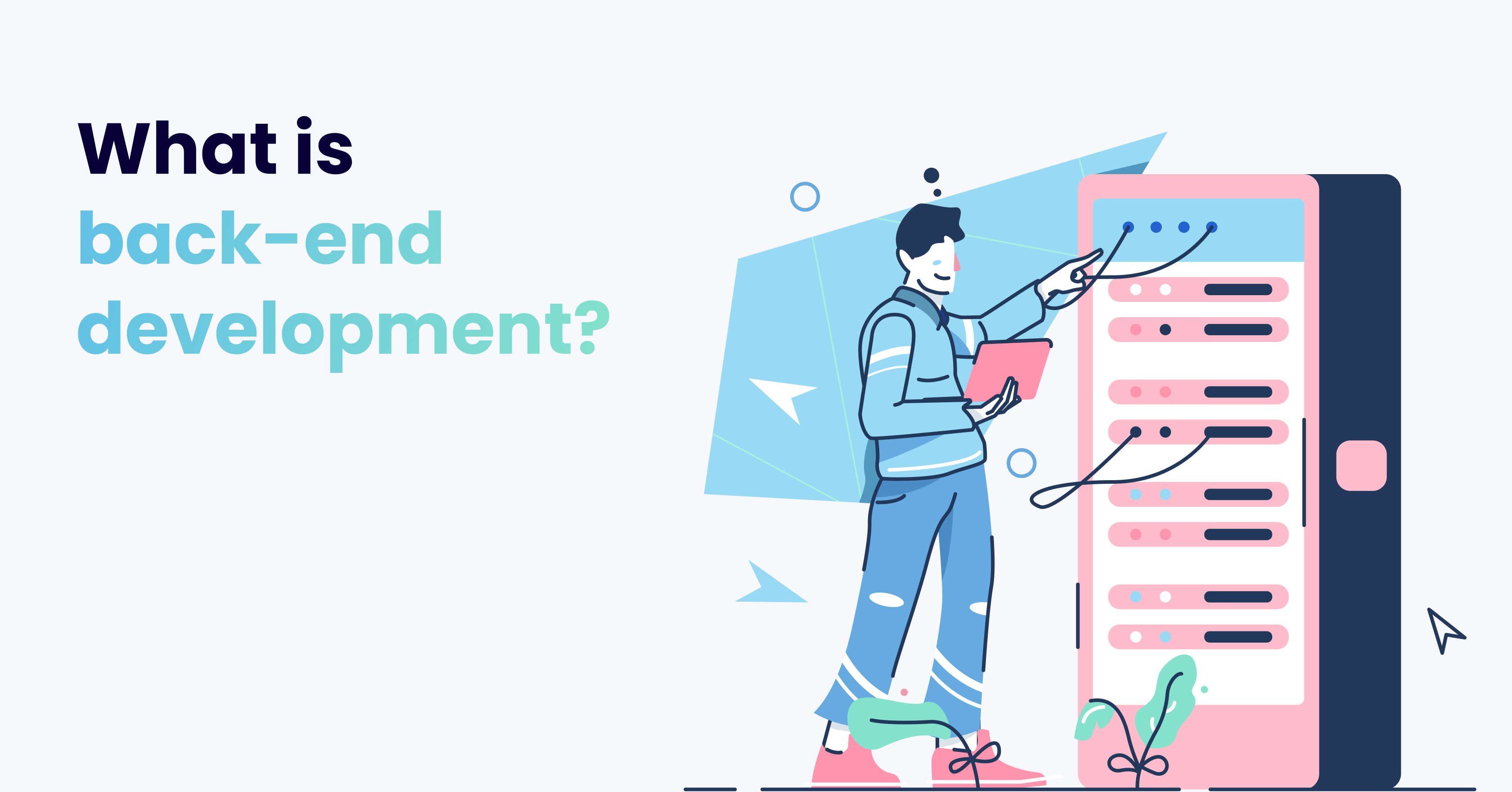 What is Back-End Development?

First of all, a website's 'back-end' is a combination of technology and programming that keeps it running. It consists of three parts that a user never sees:

👉 The back-end developer creates and maintains the technology that powers the components that make the user side of the website function. Being a back-end developer is being an expert in various technologies, including programming languages, APIs, and servers.

👉 They are responsible for creating, maintaining, testing, & debugging the entire back-end. Their code adds utility to everything the front-end developer creates. This includes core application logic, databases, data & application integration, API, and other back-end processes.

So, Adrien... What does a Back-End Developer do exactly? 🤔

Adrien: As indicated, the back-end developer writes all the code that happens on the server-side. They develop effective & efficient solutions by preparing, converting & ultimately returning the data to the front-end. Specializing in certain development languages and frameworks to fulfill that function.

It's always present in the background, offering functionality and a desktop-like experience, even if the user can't view or interact with it.

👉 To that end, the required skills and qualifications of a back-end developer at Nightborn are the ability to write clear & maintainable code, professional expertise on server-side languages like PHP or Ruby, understanding cross-browser & cross-platform functionality and the compatibility of apps.

Could you perhaps sum up your role-specific responsibilities at Nightborn to our readers?

Adrien: I'm primarily in charge of the following five tasks: 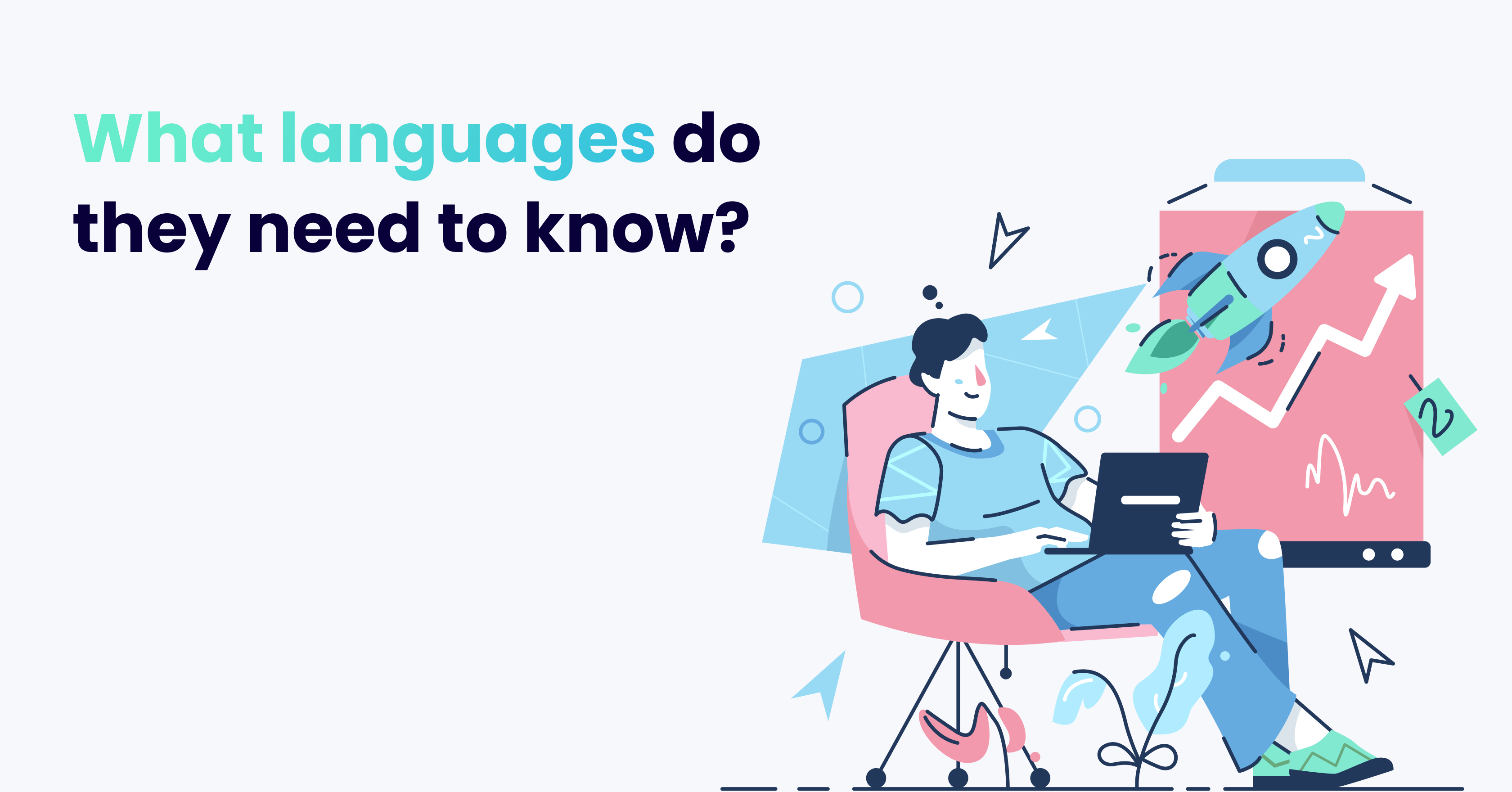 What languages do back-end developers need to know?

When it comes to programming languages, back-end developers have a lot of options. The languages they use varies from company to company, and sometimes even within a company's departments. Most commonly used languages offer a variety of web frameworks to select from. As a result, the majority of modern applications & websites are built in multiple languages.

💡 Back-end developers should always keep up with new languages and frameworks as the market evolves.

In order to make servers, apps, and databases communicate with one another, back-end developers use languages like PHP, Ruby, Python, Java, Go, and .Net. Next they use apps & tools like MySQL, Oracle, and SQL Server to discover, store or change data & present it to the user in front-end code.

How did you know you were suited to be a back-end developer?

To answer the question in the introduction... If you want to work in back-end development, you'll need to be able to analyze software requirements, figure out how to build specific system functions, and be familiar with agile development practices or other test-driven development methodologies.

Back-end work is perfect if you like solving complex problems. To be a back-end dev you don't need an artistic eye & you don't have to worry about how things are presented to the users. If you want to make things flashy & have a truly appealing UX, you should consider front-end or full-stack development.

What’s the difference between a front-end and back-end developer?

Front-end developers work on the user-facing components of a website or app. They usually spend their time dealing with client-side technologies such as HTML, JavaScript, and CSS, which make up an app or website.

As stated, back-end developers tend to work with server-side technologies that power the site’s functionality.

Both professions are connected in the sense that they must collaborate to produce a fully functional website (in most cases). The division stems from the way the web is built at its most basic level, with the client-side referred to as the browser and the server-side referring to the technology stack that receives requests and provides responses.

Can you give some advice for aspiring back-end developers?

Adrien: The advice I can give to aspiring backend developers is to train their logic with a variety of solutions. You can use apps or games on your phone to train your brain. You should also be familiar with the basics of algorithms.

"Learning by doing" is always the best strategy. Even though back-end development has a reputation for being tough or complex, it definitely doesn’t have to be. Start learning at your own pace! With small, simple projects using back-end framework, you'll find yourself mastering it in no time.